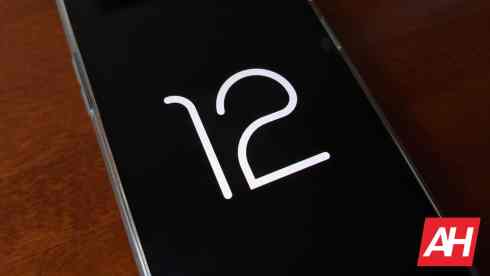 Google released the first Android 12 Developer Preview last week. As part of the release, the company officially announced a handful of features that would be coming to compatible Android devices with the new OS. Among them is the audio-coupled haptic effect. This feature would vibrate your phone in accordance with the audio that's playing on the phone.

According to Google, this would allow developers to create a more immersive game and audio experience. For instance, games could simulate rough terrain in a racing game with vibrations. Now a developer has been able to get this feature running on a Pixel 4 and the results are impressive.

As reported by XDA Developers, apps that use the HapticGenerator API generate "vibrations based on whatever music is playing on the device". The vibrations add a cool effect to the audio playback. You can see the audio-coupled haptic effect in action in the videos below:

Granted, not many people would be using this feature for music playback. However, the audio-coupled haptic effect can surely elevate the gaming experience and make mobile gaming much more immersive. This undoubtedly has to be one of the best features of Android 12.

Not all current phones may support the audio-coupled haptic effect

As much as this feature sounds cool, it appears not all current generations of smartphones would support it. According to the official documentation for the HapticGenerator API, Haptic Generator is an "audio post-processor which generates haptic data based on the audio channels. The generated haptic data is sent along with audio data down to the audio HAL, which will require the device to support audio-coupled-haptic playback."

However, XDA reports that neither of the latest Pixels — the Pixel 4a 5G or Pixel 5 — support Haptic Generator. The Pixel 3 XL doesn't support it either. The Pixel 4, meanwhile, does. This is really unfortunate. Hopefully, the list of unsupported devices isn't too long.

This isn't the first time Google is offering something of this kind. With the Pixel 3 series in 2018, the company introduced custom vibration patterns for each stock ringtone. However, since it isn't possible for the company itself to create custom vibrations for each and every audio output from a device, the efforts slowly went out of favor.

Now with Android 12, Google is offering an API so developers could create their own vibration effects for their apps. With the right implementations, the audio-coupled haptic effect should greatly enhance the smartphone experience.