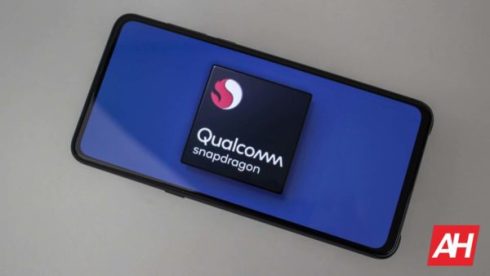 The very first Snapdragon 875 teaser has just appeared, and it comes from a rather unexpected source. That source is actually Lu Weibing, the head of Redmi.

The head of Redmi indirectly teased the Snapdragon 875

Lu Weibing went to Weibo, to tease a smartphone with a “5nm processor”. He reshared a post by Wang Teng Thomas (about Apple’s event and 5nm processors), and simply added “Looking forward to a new 5nm process processor?”

It is obvious that Lu Weibing is hinting that a new 5nm chip is coming, and that some of the company’s devices will use it. That device is probably the Redmi K40 Pro.

Mr. Weibing is obviously interested in utilizing a 5nm chip, and considering that Redmi’s flagship smartphones are regularly fueled by Qualcomm’s flagship SoCs, it’s not hard to guess what chip is he teasing.

The Snapdragon 875 is Qualcomm’s upcoming flagship SoC which is expected to utilize the 5nm manufacturing process. Apple did announce its Apple A14 Bionic chip yesterday, by the way, which is also built on a 5nm architecture.

This new chip could arrive in either November or December

If Qualcomm plans to stick to its release cycle, it’ll get announced in either November or December. Qualcomm may surprise us, though, and announce it ahead of time.

It’s a bit early for companies to start teasing this chip, as we’re still a couple of months away from its announcement. Truth be said, this teaser by Lu Weibing is kind of indirect.

Many smartphone manufacturers are expected to utilize the Snapdragon 875 SoC next year. Chances are that we won’t see a phone in the market fueled by that chip before 2021 anyway.

The Snapdragon 865 and 865 Plus are currently fueling a lot of phones in the market. Qualcomm dominates the semiconductor market, and considering Huawei’s issues due to the US ban, that gap is expected to widen.

Samsung does have big plans for its Exynos chips, but those are only plans, for now. The company’s Exynos chips haven’t been able to compete with Qualcomm’s processors thus far, well, at least in the last couple of years.

The Qualcomm Snapdragon 875 details are still a mystery. We do know that it will be built using a 5nm process, but that's basically it. New information is expected to surface soon, though.