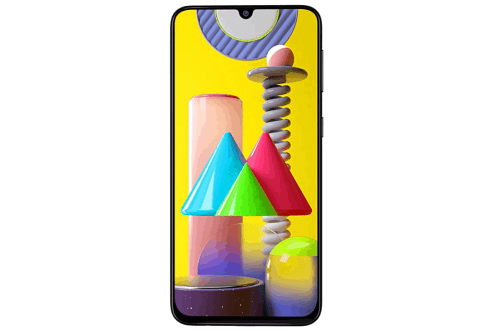 Samsung's upcoming Galaxy F41 smartphone is now listed on the Google Play Console website revealing the key specifications. It will be the first smartphone to launch under the new camera-centric Galaxy F-series. According to the leaks, the Galaxy F41 will first make its debut in India.

The image included in the listing is of the already launched Galaxy M31 smartphone. However, the rumors suggest the upcoming Galaxy F41 won't be much different from the Galaxy M31.

Under the hood, the Galaxy F41 comes with a 10nm Exynos 9611 octa-core processor coupled with Mali G72 GPU. This same chipset also powers most of the newly launched Galaxy M and Galaxy A series of smartphones. Moreover, it also comes packed with 6GB of RAM.

As seen with the other budget Galaxy smartphones, the Galaxy F41 should be available in at least a couple of storage options. It also runs on Android 10 out of the box. Instead of the latest One UI 2.5, Samsung might opt for the older One UI 2.1.

While there is no confirmation, the previously leaked schematics revealed the Galaxy F41 to sport a waterdrop-style notch display. Like the Galaxy M smartphones, the upcoming Galaxy F41 will also be sold exclusively through online stores. This should help the company in keeping the price competitive.

It comes equipped with a triple camera setup on the rear and single selfie camera on the front. Also, the fingerprint scanner will be placed on the rear of the device. Notably, there is also a 3.5mm audio jack for connecting wired headsets. Currently, the Galaxy M31 with 6GB of RAM and 128GB of internal storage is retailing for INR 17,499 (approx. $238) in India.

The upcoming Galaxy F41 might cost slightly lower than the Galaxy M31. Interestingly, the Galaxy F41 is the same device which was earlier spotted with the model number SM-F415F. It was then suggested to be an affordable foldable smartphone from Samsung.

A few leaks also hinted the device to be launched as Galaxy Fold Lite in India. However, it is actually an affordable smartphone from the entirely new lineup from the company. This new series should further boost the company's market share in the budget segment. Samsung is yet to announce the launch date of this new device. Stay tuned! 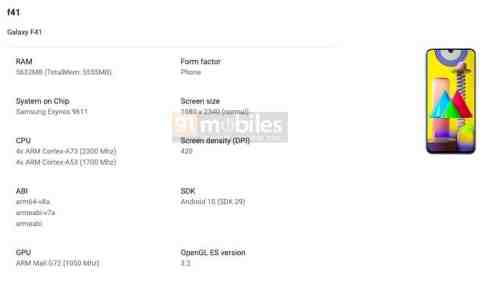