Skip to content
Posted on September 16, 2020 by Sumit Adhikari Posted in All News 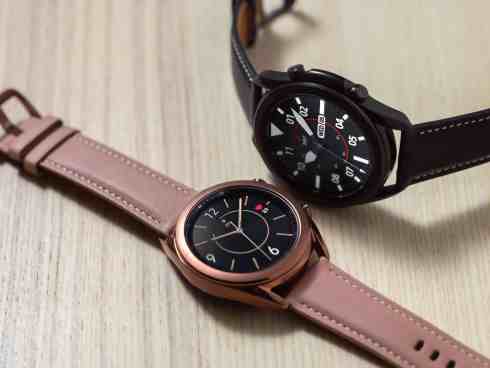 Samsung is pushing a new software update to Galaxy Watch 3. It is a Tizen 5.5.0.1-based update that promises to bring improved battery life and stability enhancements to the new Samsung smartwatch. Several health features are also getting stability improvements. Those include the device's sleep score system, VO2max/SPO2 measurements, heart rate monitoring, and stress measurement.

Some Galaxy Watch 3 users have been complaining of the watch reporting abnormal sleeping patterns when connected to an Android smartphone. The bug doesn't seem to be too widespread as of yet. Samsung has, hopefully, spotted the underlying issue and pushed a fix for it with this update.

Samsung is also promising improved battery life on the Galaxy Watch 3 following this update. Not that the watch has had any major battery life issues, but there's always room for improvement. The same goes for the watch's health features as well. Note that the blood oxygen analytics provided by the Galaxy Watch 3 are only meant for informative insights into one's health. You shouldn't rely on that data for medical purposes.

The new update is currently rolling out for LTE versions of both 41mm (SM-R855F) and 45mm (SM-R845F) models of the Galaxy Watch 3 in Vietnam with firmware version R8x5FXXU1BTH4. The update should expand to other regions in the coming days. Bluetooth variants of the watch should also be getting the latest enhancements soon.

This is the second software update the Galaxy Watch 3 has received since launch early last month. The first update, which arrived soon after the launch, also promised stability improvements for plenty of health features, which are basically the fundamental services of the watch. Samsung is now further improving some of the features for better reliability.

The Samsung Galaxy Watch 3 is one of the best smartwatches out there for Android smartphone users. Launched last month for a starting price of $400, you may already get decent discounts on the watch. There's also a Titanium variant of the watch if you want a more premium device on your wrist.