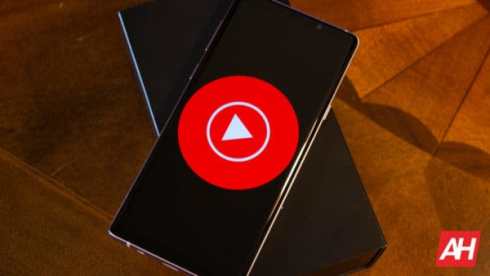 YouTube Music is rapidly gaining new features and it has just added four new Mix playlists. The music streaming service is adding a Chill Mix, an Energy Mix, a Focus Mix, and a Workout Mix to your library. These playlists have been in testing for several months and were spotted in the wild before. The Chill Mix, in fact, was first spotted all the way back in September 2019.

Just like the old ones, the new entrants also feature personalized songs that should suit your mood or activity. The playlists refresh every week. Every Monday, to be precise.

The newly added playlists, however, aren't organically available to users yet, at least not to all YouTube Music users.

You can still add them to your music library through each specific link, though. Once added, the new playlists should show up like any other playlist in your library. Below are the links to the four new YouTube Music Mix playlists:

YouTube Music is here to replace Google Play Music as the default, built-in music player on Android smartphones. The transition has already begun with Google expected to completely eradicate Play Music by the end of this year. It already allows Play Music users to transfer their library to YouTube Music.

New Android smartphones also come with YouTube Music pre-installed and set as the default music player. In the meantime, Google continues to improve the new music streaming service with new features and tweaks.

The recent addition of four new Mix playlists, which are yet to go official, was preceded by the addition of the ability to start playback directly from the album art on the YouTube Music website.

When the cursor is moved over the album cover art, a play button appears hitting which starts the music playback. You don't need to wait for the entire album page to load before clicking play.

Additionally, YouTube Music also recently added the surprisingly-missing ability to change tracks by swiping on the album art on the Now Playing interface.

Other such recent additions include an 'Explore' tab on the web, a new 'Related' tab, a 'Collaborate' button, integration with Google Maps, and more.

These additions are making YouTube Music better and better each passing day. So it should only be a matter of time before Google Play Music sees an end.