Skip to content
Posted on June 30, 2020 by Daniel Golightly Posted in All News, Android App & Games, Android how to, Google Chrome, Google NewsTagged 8212 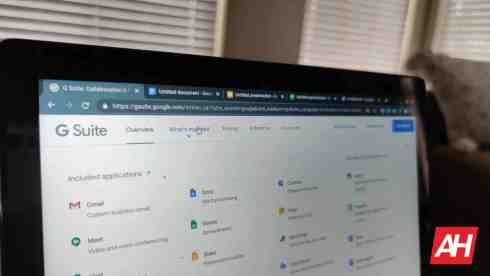 Google's GSuite offers users a healthily-featured alternative to expensive options such as Microsoft Office. And, it enables users to edit those documents, spreadsheets, slideshows, or even forms on the go. That's thanks largely to the fact that Chrome allows the files to be both created and edited directly from Google Drive. And, of course, that's ignoring the Android and iOS apps for the tools. But it's also possible to create a new file in the Chrome browser with some simple shortcuts.

That holds true for Google Docs, Sheets, Slides, and even Forms. Fortunately, there are a number of ways to create a new file in any of those with shortcuts directly entered into the URL Omnibox in Chrome.

Each of these new file shortcuts will require a new tab in Chrome. If a new tab isn't opened up, users will lose what's already been opened in their current tab. Chrome makes this easy via a quick tap. In the browser, it has placed a "plus" icon on desktop platforms, to the right-hand side of the right-most tab.

Tapping on that opens up a fresh tab with Chrome's New Page UI, which will always open to the right-hand side of the right-most tab as well.

Conversely, users can also press and hold the 'ctrl' key while the Chrome window is active and then press the 't' key. Or, if users want a new tab in a new window, users can start by holding the 'ctrl' key and then press 'n'. The former keyboard shortcut will, as implied, open up a new tab on the right-hand side of the right-most tab. The latter will open up a new tab in an entirely new window. 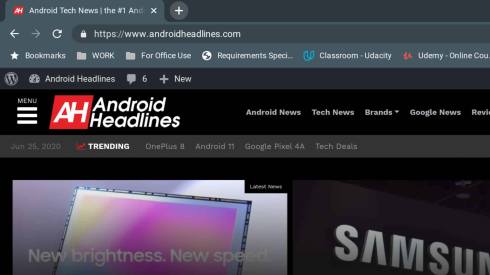 Google Docs is the G Suite equivalent of Microsoft's Word program. As a word processor and a web app, it's a powerful tool that allows quick document creation on the go.

As noted above, there are actually several ways to open up a brand new document for each of the document types. Each URL is relatively straightforward but it's worth listing them all out for reference. Typing any of the following URLs into the Google Chrome Omnibox — Chrome's dual-purpose address and search bar — will open a brand new Google Docs document. 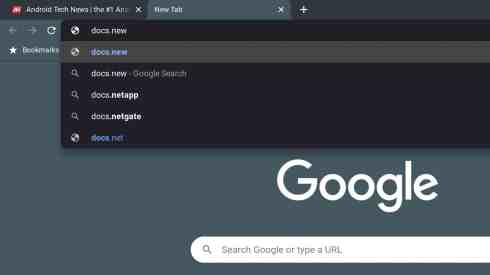 Google Sheets is the G Suite functional equivalent of Microsoft's Excel spreadsheet creation and editing program. Like Docs, it's a web-based tool geared toward those who need the organizational and data tracking software. But it can be used directly in Chrome and saves directly to Google Drive — or locally, as we'll discuss later on.

Also like Docs, creating a new spreadsheet in Google Sheets via Chrome is straightforward. Users simply need to open a new tab as described above. That's if they don't want to lose the current tab. Then, entering any of the following URLs into the Omnibox address bar will call forward a new Sheets document. 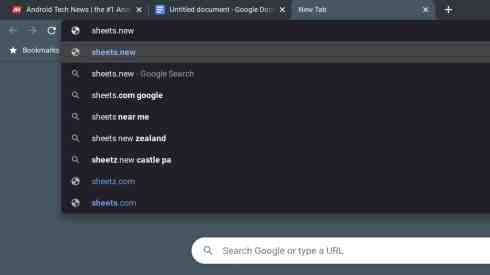 Google Slides is, as might be guessed by now, a G Suite app for creating slideshows — a lot like Microsoft PowerPoint. It's web-based with easy saving in Google Drive or offline. And it's easy to access directly in Chrome via a short URL entry in the Chrome Omnibox address bar once users are in the tab or new tab they want to create the document in.

Entering any of these into the URL box will open a new Google Slides document. 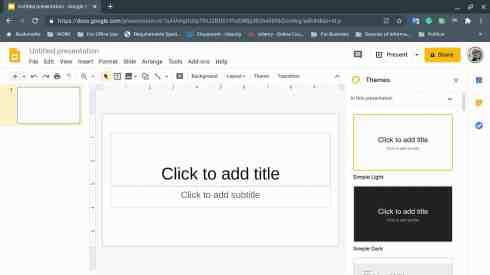 Last but not least is Google Forms. While there really isn't a Microsoft equivalent to speak of here. That's because Forms is a survey administration app. It's used for creating, well, forms. That includes survey-type forms that can be created for filling and shared from — as Google puts it — a "variety of pre-made themes."

Or users can create their own. But in either case, the easiest way to create a brand new form directly in Chrome is to enter any of the following into the URL Omnibox in the browser. 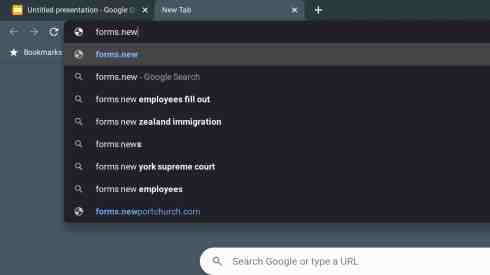 Here's how you can move the files once they've been created

Now, once the G Suite document or other file has been opened using shortcuts in Chrome — and edited — there's one final matter that should be discussed. That's how files that are created this way are saved.

As is the case with all G Suite files, they're typically saved to Google Drive. But that doesn't mean they'll save where users want them when created using URL shortcuts. Instead, Google generally just saves them to Drive without much care for the organization. Getting the files moved to where users actually want them to be stored is easy enough though.

For this example, we're using a Google Docs document, but this works with any of the document types mentioned here.

To move a document around: 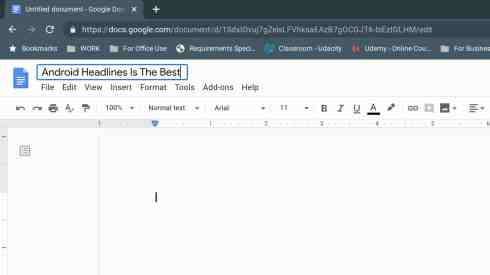 Conversely, users can also make the file available offline immediately simply by navigating the "File" menu shown in the above gallery. Downloads can be saved in a variety of formats for different purposes.

Those file types will vary depending on the G Suite tool in use. But Google does generally offer a variety of extension types. For instance, Google allows Docs files to be saved as Microsoft Word, OpenDocument Format, Rich Text Format, PDF Document, Plain Text, Web Page, or EPUB Publication. Conversely, users can tap or click "Make available offline" to get a quick download that they can take and save offline before uploading it later.