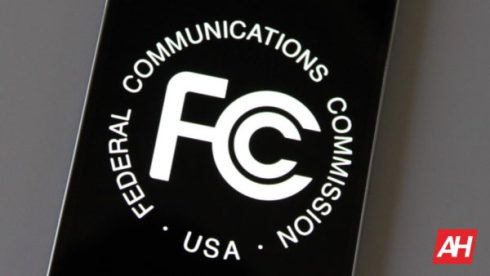 The US Federal Communications Commission (FCC) has now officially labeled Huawei and ZTE as national security threats. Measures were technically already in place in the US with regard to Huawei, at the very least. In particular, that was to prevent US telecoms from using federal funds to buy Huawei — and now ZTE — equipment. But this makes that stance official.

Now, no telecom companies in the US will be able to gain subsidy money from the $8.3 billion Universal Service Fund. Or at least as that pertains to purchasing equipment from the two companies. In effect, this closes off any loopholes that may have existed before.

FCC Chairman Ajit Pai has released a statement alongside the commission marking ZTE and Huawei as security risks. The statement further outlines the commission's position. Both companies, the statement says, have close ties to both the Chinese Communist Party and China's military apparatus. And both are subject to Chinese laws that require them to cooperate with its intelligence services. Because of those points, the FCC says, as well as 'the overwhelming weight of evidence' the companies are a threat to the US's '5G future'.

This order from the FCC was reportedly the result of a unanimous vote.

Why the hard stance against Huawei and ZTE from the FCC?

ZTE has been flying largely under the radar in the US since it resumed its normal business in the region back in 2018. That followed on a lengthy restructuring deal with other concessions made in the wake of a ban against ZTE. The company was forced to stop buying US-made equipment following the discovery that it has been selling equipment in violation of US sanctions.

Unlike ZTE though, Huawei has been directly in the spotlight for the past couple of years, even beyond the FCC, due to security concerns. The accusations, which have largely been denied by Huawei, center around alleged cooperation with the Chinese government and intelligence agencies. That's sent Huawei through a veritable rollercoaster of bans and reprieve over the past several years. But, despite being the world's top smartphone seller and integral to 5G standards, it has primarily remained cut off.

That's a sentiment that's been echoed across much of the industry, particularly as it regards Huawei as integral to 5G and future networking. And several other countries have begun looking more closely at Huawei too. Those inquiries have, at least in part, been under threat from the US government too. The country has previously proposed to cut off intelligence sharing. Specifically, that's between itself and any who are interacting with Huawei on networking.

The FCC's latest decision cements that disposition and was likely based in part on recent documents claimed to prove how big a risk Huawei is.

Does this FCC decision change anything for these companies?

Both companies have faced increasing scrutiny and were already essentially banned. So, aside from making this official on paper, this really doesn't seem to change much. In fact, it may ultimately be more harmful to ZTE than to Huawei since ZTE also makes networking equipment. But hadn't, at least officially, been banned from selling that equipment to US telecoms.