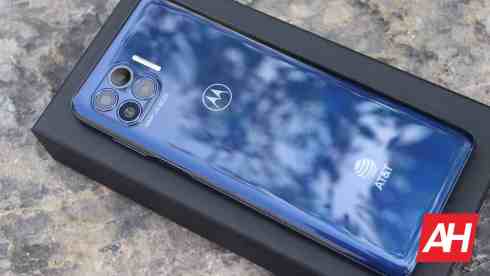 Renders of a mysterious Motorola phone have popped up on the Chinese micro-blogging website Weibo. The images show a sleek-looking phone with a curved display and a centered punch-hole camera. The device has its display curved on all four sides.

These renders are also accompanied by the schematics of the phone's rear. There are seemingly four cameras on the back of this phone or maybe three cameras and a 3D ToF (time of flight) sensor. The three camera sensors are stacked vertically inside a centered rectangular housing. The fourth sensor and an LED flash sit on either side of the middle lens in the same housing.

At the bottom of the phone is seemingly a USB Type-C port, a speaker, and a SIM card tray. There's no cutout for a physical fingerprint sensor on this phone, suggesting that it would employ an under-display fingerprint sensor.

This phone has its frame slightly raised towards corners to accommodate and protect the all-around curved display. The corners are the most vulnerable in case of a drop, so they need extra protection. This makes for a rather unusual design, until quad-curved displays become a norm, of course. Nonetheless, this design isn't unpleasant to the eyes at all.

This quad-curved screen phone could be the next Motorola flagship

All in all, this device looks fitting to be a premium flagship offering from Motorola. It is very sleek in design, features a quad-curved punch-hole display that promises a remarkably high screen-to-body ratio, an under-display fingerprint sensor, and a quad-camera setup on the back.

However, this is unlikely to be a real phone. Motorola could indeed be working on such a product, but these renders are more likely to be designed by a fan. The punch-hole cutout is too small to be true and a little too far from the top bezel. There are also no visible physical power and volume control buttons on this phone. So it's advisable to not draw a conclusion from these leaked renders just yet. We'll have to wait for more trusted sources to come up with something more concrete.

Motorola is expected to launch a Snapdragon 888-powered flagship smartphone sometime in the first half of next year. The phone should succeed the Motorola Edge+ that arrived in April this year. However, no other information about the next Motorola flagship is available at the moment.

In the meantime, the Lenovo-owned company is preparing another premium phone for an early 2021 launch – the Motorola Nio. The handset recently popped up on the benchmarking platform Geekbench with the Snapdragon 865+ processor and 8GB of RAM. 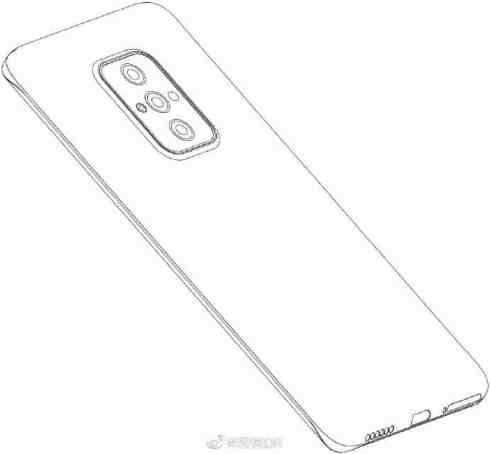 The post Motorola Could Be Working On A Phone With Quad-Curved Display appeared first on Android Headlines.