Skip to content
Posted on January 13, 2021 by Sagar Naresh Posted in All News, Motorola 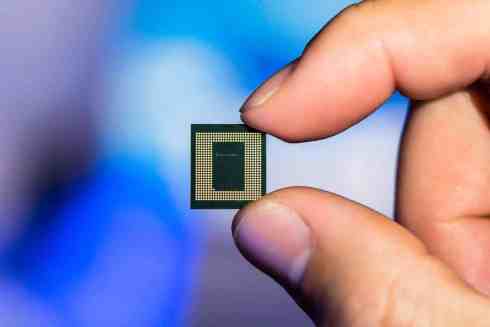 A recent report by Android Authority highlights that a Snapdragon 8-series flagship chip is in the works. And guess what? Motorola may be the first one to bring a Snapdragon 800-powered phone.

If you are keeping yourself updated, there were some rumors about Qualcomm working on a Snapdragon 800 processor. But the company came forward and announced its flagship, Snapdragon 888 chipset.

He further stated that Motorola may have an edge here. We have reported a few days back that Motorola teased the upcoming Motorola Edge S with Snapdragon 8-series SoC.

According to Digital Chat Station, Motorola Edge S might be the first device to feature this new Snapdragon 800 processor. Since it is too early to release a Snapdragon 888+ processor, a lite processor might definitely in the works.

A lite chipset provides several reasons to exist and one reason might be pricing. It can help save a few dollars to fit under a midrange device. On top of this, provide a better GPU and other features compared to Snapdragon 700 family.

Surely, Motorola will soon launch the Motorola Edge S, as the information came straight from Chen Jin, who is the General Manager of Lenovo China’s Mobile phone business.

In fact, he used the Motorola Edge S to submit the post on his Weibo account. Though Chen did not reveal much about the device, he only hinted that the phone will be powered by the Snapdragon 8-series chipset.

Now the latest tip from Digital Chat Station gives us more reasons to believe that it will be the Snapdragon 800 chipset that will power the Motorola Edge S.

But as always, this information should be taken with a pinch of salt, because these are not coming from official sources. Motorola has recently announced four devices, namely Motorola One 5G Ace, Moto G Stylus, Moto G Play, and Moto G Power.

These devices will launch on January 14th. Besides, these will be available at different price points. Motorola Nio, Motorola Capri, and Capri Plus are also some devices that have popped up on the internet.

As far as Motorola Edge S is concerned, there is no word on the launch date for the device. But if Motorola really becomes the first one to bring Snapdragon 800 powered device, it will surely give them the coverage they deserve.

The post Motorola May Be The First To Bring A Snapdragon 800-Powered Phone appeared first on Android Headlines.