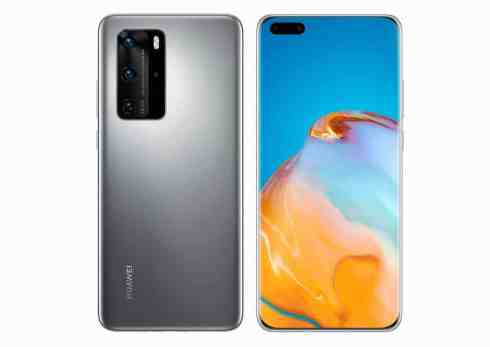 The Huawei P40 Pro and P40 Pro+ are receiving a new software update with a number of camera improvements. The update weighs in at around 515MB for the Pro+ and bumps the EMUI version to v10.1.0.140.

Earlier this month, Huawei pushed the EMUI v10.1.0.131 update to the P40 series. The update added several new features to the P40, P40 Pro, and P40 Pro+ smartphones. Most notable of the lot was the Petal Search app.

Since Huawei has lost access to Google Mobile Services (GMS), its new flagships ship without the Play Store. The Chinese company's own AppGallery does contain many popular Android apps, but not all of them.

The new Petal Search app is designed to let users search for apps that are not available on AppGallery on third-party app sources such as APKPure, Aptoide, and APKMonk and sideload them onto their phones.

Huawei's P40 Pro smartphones are among the best camera phones available in the market. The company is now looking to further improve their photography capabilities with the latest update.

First, and the most interesting on them is the "smart eye-tracking" feature that has been added to the front camera. According to the changelog, this feature can "quickly and intelligently track human eyes" while capturing photos or videos through the selfie camera.

It works irrespective of your distance from the phone. So whether you're close to the phone or at a distance, your P40 Pro smartphone will still track your eye movement. The feature likely uses the front-facing IR depth sensor on the two Huawei flagships to track your eyes.