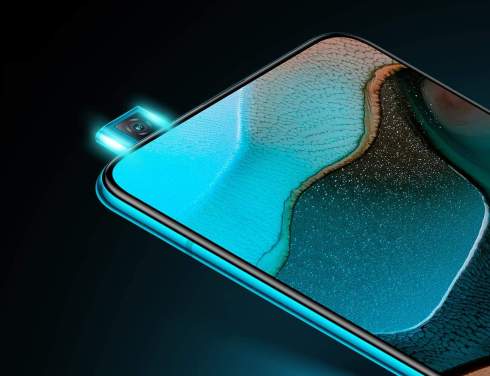 Xiaomi has started rolling out the newly announced MIUI 12 to several of its smartphones. According to XDA Developers, the MIUI 12 code includes a mention of an unannounced Redmi K-series smartphone with the codename "Cezanne." This new smartphone will soon be launching in China as the Redmi K30 Ultra.

The source code also revealed a couple of key features of the smartphone that were previously unavailable. All the smartphones in the K30 lineup, including the Redmi K30 4G, K30 5G, K30 Pro, and K30i 5G, are powered by the Qualcomm Snapdragon Mobile Platform. With the upcoming Redmi K30 Ultra, Xiaomi will be using a MediaTek chipset for the first time in the Redmi K-series.

With the Redmi K-series introduced in mid-2019, Xiaomi is targetting users looking for an affordable flagship smartphone. Recently, the MediaTek Dimensity 820 chipset made its debut with the Redmi 10X smartphone.

Based on the leaks, the Redmi K30 Ultra could be the first smartphone to launch with the new Dimensity 1000+ chipset.

Recent rumors also suggest Xiaomi is partnering with MediaTek to develop its own 5G chipsets. Speaking of other details, the K30 Ultra will sport a quad-camera setup on the rear featuring a 64MP primary camera.

While the details of the sensor are unknown, we expect it to be the Sony IMX686 sensor. We have already seen several Redmi K-series smartphones with Sony's 64MP sensor.

The POCO X2 which is a rebranded version of the Redmi K30 4G is the most affordable smartphone to sport the Sony IMX686 sensor.

For selfies, the Redmi K30 Ultra will come equipped with a pop-up camera on the top. It will reportedly feature a notch-less LCD display with a high refresh rate of 144Hz.

Additionally, the device should be running on the new MIUI 12 out of the box. Unlike the upcoming Android 11, it will still be based on last year's Android 10.

It might even come with a 4,500mAh battery and supports 33W fast charging. In addition, POCO is gearing up to launch a new smartphone in India.

While everyone's expecting the POCO F2, the company might actually launch an all-new smartphone called the POCO M2 Pro.

The latest teaser image has revealed the device to come with a punch-hole camera. Just like the POCO X2, the upcoming POCO M2 Pro may also sport a side-mounted fingerprint scanner and LCD display.