Nubia had introduced its new ‘Red Magic’ sub-brand yesterday, and now the company announced that this sub-brand will release its first handset on April 19. Having said that, the ‘Red Magic’ sub-brand will focus on gaming devices and accessories, it seems, and the first gaming smartphone that the company will release will be called the ‘Red Devil’, according to the official image that was published on the Red Magic Weibo (Chinese social network) page.

If you take a look at the provided image down below, you will get to see the company’s logo, the date confirmation, and some info shared in Chinese. These letters confirm the name of this phone, according to the provided info, and the company refers to this handset as the “first e-sports game mobile phone”, which is a rough translation from Chinese. That being said, we still do not know what will this phone look like, nor what specs will it sport. It is worth noting that Nubia showed off three different concept designs of its gaming smartphone at this year’s Mobile World Congress (MWC) in Barcelona, and it is possible that one of those three designs will be used by Red Magic to create the Red Devil gaming smartphone. In any case, this smartphone will almost certainly ship with Qualcomm’s Snapdragon 845 64-bit octa-core processor, mainly because it’s one of the most powerful mobile processors out there at the moment, if not the most powerful one, and this is a gaming smartphone we’re talking about, after all.

The Red Devil smartphone will also include a rather large display, we’re guessing that it will be at least 6 inches in size, and its resolution will be at least 2160 x 1080 (fullHD+). The phone will also include plenty of RAM, quite probably 8GB, though a 6GB RAM variant is also a possibility, of course. Red Magic will probably include a rather large battery inside of the Red Devil smartphone, and you will need such a battery for gaming, and once again, this is a gaming smartphone, so one of its main selling points should be great battery life. As far as audio is concerned, it is still unknown whether Red Magic plans to include front-facing speakers here, or will that be one of the sacrifices. Having said that, Red Devil’s competition, the Black Shark gaming smartphones, is expected to launch on April 13, so it will be interesting to see how will these two phones compare. 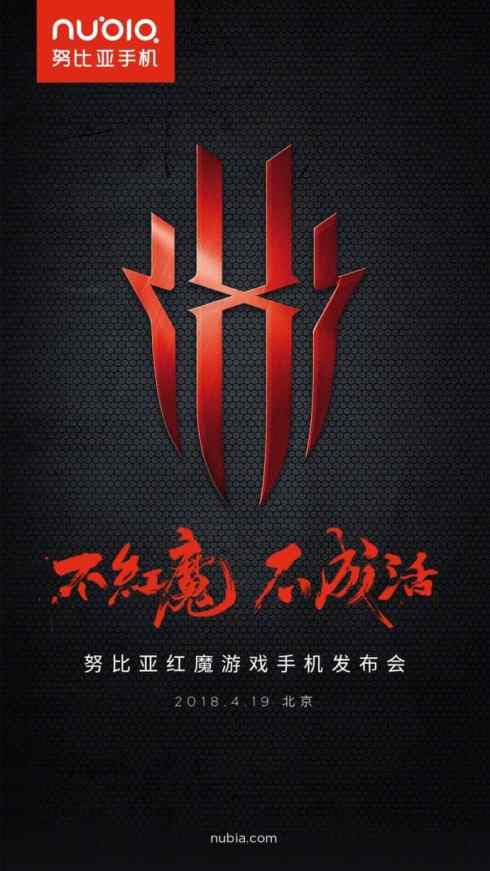