Skip to content
Posted on September 16, 2020 by Sagar Naresh Posted in All News, Samsung 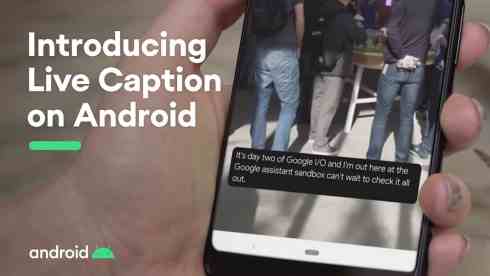 A new report suggests that the much talked Android 10 live caption feature is now live for the Samsung Galaxy S10 and Note 10 series device with the recent One UI 2.5 update.

Google announced this new accessibility feature called Live Caption with Android 10 back in 2019 at the I/O Developer Conference.

This feature makes use of an API present in Android 10. It allows captioning audio played on the device automatically. However, many of the OEMs took their time in rolling out this feature on their devices.

And after a year, this Android 10 feature, which should have arrived alongside a stable OS update, is now kicking doors on Galaxy S10 and Note 10 series devices.

Notably, Samsung Galaxy S20 devices came with One UI 2.5 update and were the first ones to support the live captions feature. And now older devices are also getting the same treatment by Samsung.

Over the past few weeks, the One UI 2.5 update based on Android 10 made its way to Galaxy S10 and Note 10 devices. And now users on Reddit confirm the arrival of the Live Captions feature.

According to Reddit users, the One UI 2.5 update, along with some other features, also enables the Live Caption feature. It is available as a Quick Settings tile.

In order to use this feature, all you got to do is tap on the newly added tile. Once you have done that, play any audio on your device. The live caption will automatically capture the audio and transcribe it.

This feature works wonders when the video that you are watching does not contain a caption itself. You can simply play the video and the audio coming from the speakers of your phone will be captioned.

Moreover, the Live Captions feature can be activated at any time. Interestingly, there are some users that still not able to see this quick settings tile after One UI 2.5 update.

Besides, the older Galaxy devices users have not yet reported the arrival of the live captions feature. So, we think this might be only live for the Galaxy S10 and Note 10 users.

Either way, if you are not able to see the live captions feature, then you can head over to Device Settings and search for "live captions" and see if your device has got it or not.

But make sure that your phone is updated with One UI 2.5 update because this feature is spotted on Galaxy S10 and Note 10 devices running this version of Samsung UI.