Skip to content
Posted on June 29, 2020 by Sumit Adhikari Posted in All News, Wearables News 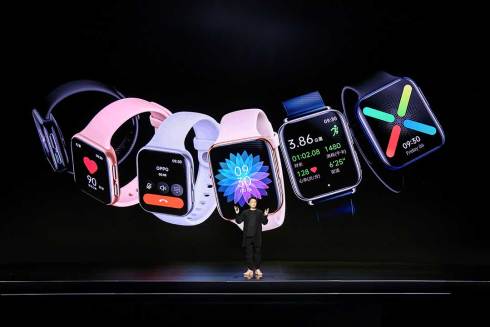 The OPPO Watch may arrive in the US soon. The smartwatch with the model number OW19W12 has obtained the necessary certifications from the FCC. Some live images of the device have also been included in the regulatory listing, showing the watch in its full glory.

It is the larger, 46mm variant of the watch, which bears a striking resemblance to the Apple Watch. The images also show the watch's charging cable and wrist strap.

The OPPO Watch launched in China back in March. At that time, Brian Shen, the company's vice president of global marketing, had said that the watch would arrive in international markets, including Europe, later this year. With the device now getting the FCC's approval, it's international launch may not be too far off.

Interestingly, the description on FCC documents contains the phrase "Buy from Amazon: Oppo Watch," clicking on which takes you to an Amazon.com search for the watch. This suggests that the OPPO Watch will be available from Amazon, at least in the US.

The OPPO Watch comes in 41mm and 46mm size variants featuring a 1.6-inch and 1.9-inch AMOLED display, respectively. It is powered by the Snapdragon Wear 2500 SoC, paired with the Apollo 3 co-processor. The watch switches between the two chipsets depending on the task at hand, ensuring maximum battery endurance.

This watch can run for up to 40 hours on a single charge with normal use. In power-saving mode, the battery life extends all the way up to 21 days, at least according to OPPO.

The company's all-new Watch VOOC Flash Charging technology promises to top up 50 percent of the battery in just about 17 minutes.

The OPPO Watch also features an eSIM for cellular connectivity, so you can use it as a standalone device without having to pair it with your smartphone. It remains to be seen if the watch will gain eSIM support from all major US mobile carriers.

The watch features an aluminum body and two side-mounted buttons for navigation. On the software side of things, it runs on OPPO's own ColorOS Watch system, which is based on Android.

Health features on offer include sleep and heart rate monitor as well as ECG functionality. The OPPO Watch can track a broad range of physical exercises as well. 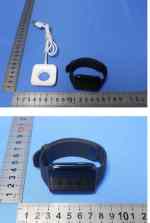 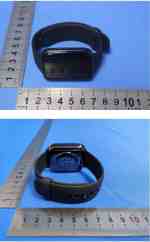