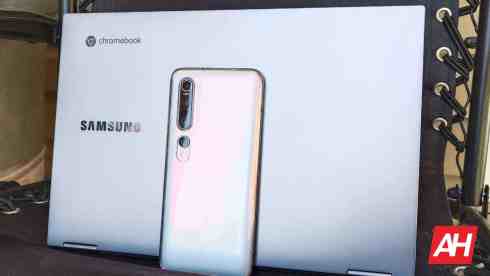 Connecting your Android phone to your Chromebook is going to get much better, based on recent reports detailing the incoming "Phone Hub."

First spotted earlier this year, Phone Hub started as a relatively straightforward and only moderately feature-rich option for those who want to get the most from Chrome OS. But since then, it has undergone some fairly substantial redesigns. Most recently, those redesigns included a complete overhaul of the UI.

What's new in Phone Hub for the Chromebook ecosystem?

Now, Phone Hub did disappear momentarily in between this most recent sighting and previous ones. So the changes here are likely still not the final design. But, as shown in the images below, it's certainly come a long way.

For starters, there's a new UI for connecting an Android Phone to a Chromebook via Phone Hub. That showcases new imagery and messages to showcase the benefits of Phone Hub. For instance, notification and internet connection sharing. And that's in addition to the ability to put a phone in Do Not Disturb mode during the connection and other features such as automatic hot-spotting. It also helps users connect the two devices, to begin with.

Additionally, individual cards have been created for getting notification forwarding set up. The UI also explains clearly how a Chromebook connects to the Android phone. Namely, by interacting via both Wi-Fi and Bluetooth.

The connected phone options are the biggest change here

Finally, the test images show off how notifications will look when received on a Chromebook from an Android device with Phone Hub. And how things will look when the Phone Hub icon — shaped like the outline of a smartphone — is accessed directly.

That new UI may be the most revamped of the lot. The card that appears over the top of the shelf shows the phone's model or name as a title. Its battery life and connection status reside next to that on the right-hand side. Underneath that, if not set up, there's a card to get started setting up notifications. Other useful cards will likely appear in the same place later on. Then there are button-style toggles to turn on a shared hotspot, silence the phone, or find the connected phone in case it's lost.

One noteworthy feature that appears to be missing in images is the ability to quickly access tabs across both devices. A previously released variant showcased recently-opened tabs from the mobile device in the Chromebook UI. That allowed those to be reopened in the Chromebook's full browser. But it isn't in the latest UI update. Google may have dropped the feature or may plan to add it back at a later date. 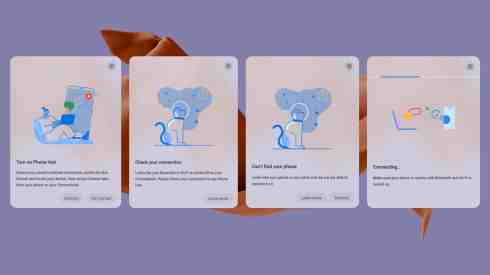