Skip to content
Posted on January 13, 2021 by Kaelin Dickerson Posted in All News, Android News, Samsung 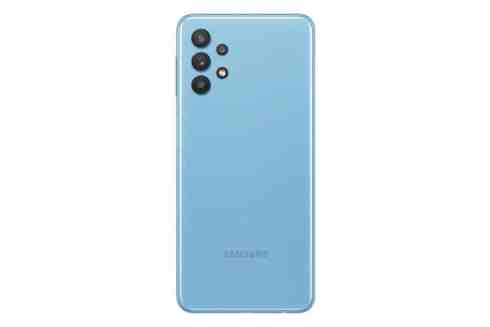 Are you in need of a 5G phone that won’t break the bank? Well, here’s some good news. The Samsung Galaxy A32 5G is officially available. As reported by SamMobile Samsung officially announced the new device one day before it's expected to announce the Galaxy S21 family of smartphones.

Despite the fact that this comes just one day before the expected Galaxy S21 event at Unpacked, the new smartphone looks to carve out its own identity. The A32 5G and the Galaxy S21 look nothing alike after all. It also looks different compared to other budget-oriented Galaxy devices.

From the front, you can tell it is a Samsung Galaxy device with its 6.5-inch HD+ Infinity-V display. However, it has a new design of its own. The back panel and the camera array are different compared to what Samsung is known for. Instead of having one giant cut out the A32 5G goes a different route.

Each camera on the back has its own cutout instead of the large hump. Doing so would have taken up a larger portion of the back panel. Since this is a lower-end device it wouldn’t be out of the ordinary for the back to be Glasstic. The phone will be available in four colors. Including Awesome Black, Awesome Blue, Awesome Violet, and Awesome White.

The Samsung A32 5G has its own identity

In regards to the specs, they haven’t been officially revealed by Samsung. However, there is reason to believe that the A32 5G will be powered by the MediaTek Dimensity 720. This processor from MediaTek includes two Cortex-A76 CPU cores and six Cortex-A55 for a total of eight cores.

The Dimensity 720 is accompanied by either 4GB,6GB, or 8GB of RAM. For storage purposes, consumers will have 128GB of storage. But if that isn’t enough you will be able to expand that memory up to 1TB via microSD.

For security purposes, the new smartphone will have a side-mounted fingerprint scanner for easily logging in, and protecting your data. And if you are a power user you’ll be glad to know there is a 5,000mAh battery with 15W fast charging.

Those cameras on the back with their own cutouts aren’t just for show. The quad-camera system has a 48MP main sensor, an 8MP ultra-wide sensor, a 5MP macro shooter, and a 2MP depth sensor. However, only the main camera doesn’t have fixed autofocus, unlike the other ones.

Unfortunately, pricing has been officially revealed by Samsung. The availability is also still a mystery as well. But with Samsun’s Unpacked event being tomorrow we should receive this information very soon. Check out the photos below.

The post Samsung A32 5G Officially Announced Prior To Unpacked 2021 appeared first on Android Headlines.