Skip to content
Posted on September 16, 2020 by David Challis Posted in All News, Android News, Samsung 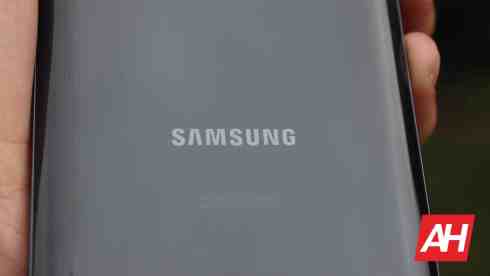 As revealed in a new study, brand loyalty to Samsung has dropped substantially in 2020. The study conducted by Brand Keys found that the smartphone brand had a bad year when it came to brand loyalty.

It has been quite a strange year for Samsung when it comes to the smartphone market. During the pandemic, the company lost its lead as the largest smartphone manufacturer in the world.

However, the company has since recovered as lockdowns come to an end. Although much of this relative recovery is due to the issues faced by main rival Huawei in the international market.

This study, therefore, reveals some of the problems that Samsung has faced this year. As reported by SamMobile, the company has not been at the top of its game this year and this report reflects that.

COVID-19 had a big effect on brand loyalty

This means businesses that were forced to shut during lockdown by closing stores or having their products unavailable. Clothing outlets seem to be some of the worst-hit in this area but the same problem also extends to Samsung as well.

Some of the companies that have beaten Samsung on brand loyalty this year include Dominos and newcomer Disney. Both of these companies managed to keep trading throughout the pandemic and hence rose in the rankings from last year.

Samsung was the third best company in the U.S. when it came to brand loyalty in 2019. However, the company has dropped seven places and now sits in tenth. Apple's brand loyalty was not badly hit, it seems

Interestingly enough, Apple and Samsung went in opposite directions in this study. Apple began the year in eight and now sit in fourth. This demonstrates that the pandemic was not the only factor at play in Samsung's decline.

It is worth noting that this drop in terms of brand loyalty is not a total disaster for Samsung. Other companies such as Twitter and Uber dropped by over twenty places representing a much more heavy free fall.

Instead, Samsung's seven place fall should be looked at more like a blip rather than the beginning of the end. If the company can put together a stronger 2021 then this situation is more than recoverable for the smartphone brand.