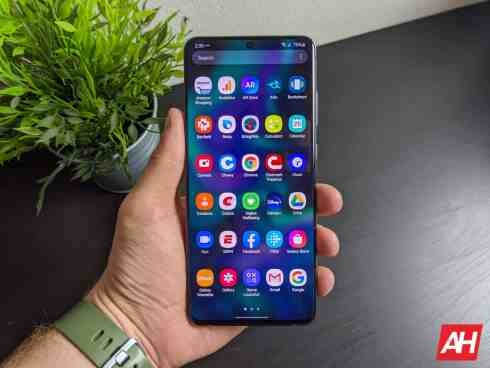 Almost a year after the Galaxy S10 series launch, Samsung launched the Snapdragon 855-powered Galaxy S10 Lite with an aggressive price tag. Currently, the company is rumored to be working on its successor. According to the latest ETNews report, Samsung will launch the Galaxy S20 Lite smartphone in October.

It is also speculated to be called the Galaxy S20 Pen Edition or Galaxy S20 Fan Edition. We don't think Samsung will be bringing the S Pen feature to the Galaxy S-series.

Moreover, the one and only Fan Edition smartphone that came from Samsung till date is the modified Galaxy Note 7.

Samsung to launch the Galaxy S20 Lite in October

Mostly, the company's upcoming budget flagship could simply be launched as the Galaxy S20 Lite. Earlier leaks hinted the device could come in both 4G and 5G variants. The Galaxy S20 Lite with the model number SM-G780 will only support 4G LTE.

However, the SM-G781 variant with 5G support will be coming to the Western markets. As seen on the Galaxy S20 series in the US, the Galaxy S20 Lite will come powered by the flagship Snapdragon 865 Mobile Platform.

With this device, Samsung will be able to compete with more affordable flagship smartphones like the OnePlus 8 and Mi 10.

It will be available in both 4G and 5G variants

The Galaxy S20 Lite will be running on the latest One UI 2.5 based on Android 10. Apart from the rear camera setup, other specifications of the device would likely be similar to the Galaxy S20 smartphone.

The device also came with premium build quality featuring an aluminum frame and Corning Gorilla Glass 6 protection on the front and back.

If you don't know, the Galaxy S10 Lite came with a glossy plastic body which the company calls glastic. Even the upcoming Galaxy S20 Lite might continue using the same plastic body.

Based on the earlier, the Galaxy Note 20 series will be launching on August 5. The company will also announce the Galaxy Z Flip 5G on the same stage.

As per the report, the Galaxy Fold 2 will only be arriving in September. This is in contradiction with previous leaks that claim the new Galaxy Fold will launch alongside the Galaxy Note 20 series.