Skip to content
Posted on September 16, 2020 by Sumit Adhikari Posted in All News, Samsung 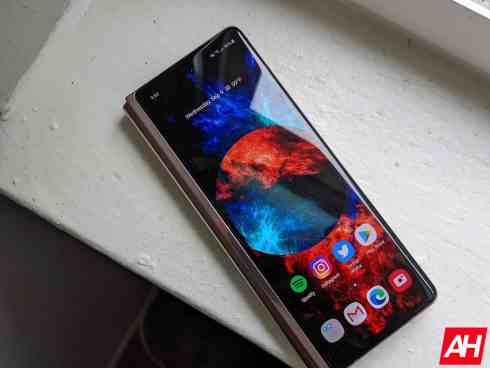 The company recently launched the Galaxy Z Fold 2 and we can say it is miles ahead of any other foldable phone you can buy right now. There's literally no competition for this phone. It is already selling like hotcakes and this trend may well continue for at least some time now.

The Galaxy Z Flip, which launched in February this year (5G variant in July) with a clamshell form factor, has also attracted a good number of buyers. This phone competes directly against the Motorola Razr but Samsung still wins the game comfortably.

The only other major OEM to have a commercially available foldable phone under its belt is Huawei. However, the Chinese company is struggling to keep together its smartphone business because of the US government's tightening trade restrictions. It was expected to unveil the Mate X2 foldable later this year. However, those plans now seem to be a distant dream. Huawei is struggling to even acquire necessary components for the phone.

This pretty much leaves Samsung and Motorola fighting in the market and the Korean behemoth is coming on top comfortably. Motorola announced the Razr 5G last week with a price tag of $1,399. The Galaxy Z Flip 5G costs $1,499 while you'll have to shell out a whopping $1,999 for the Galaxy Z Fold 2.

"This is higher than previously forecast due to their success along with Huawei's inability to launch the Mate X2 as a result of US government restrictions," said DSCC head Ross Young.

The Galaxy Z Fold 2, in particular, is seeing a strong demand right now. Just after reports emerged that pre-orders for the handset has reached 50,000 units in South Korea, a new report today said the pre-order numbers have crossed 80,000. Because of this higher-than-expected pre-orders, Samsung had to delay the official launch of the handset in its home country.