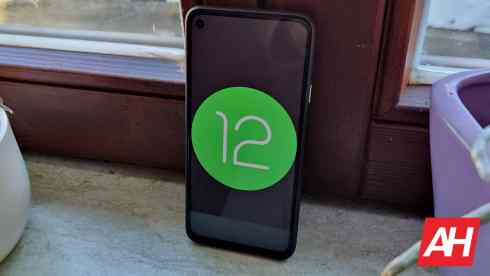 Google may offer a Gaming Dashboard feature with Android 12. The feature was spotted inside Android 12 Developer Preview 1 by XDA Recognized Developer Quinny899 through some reverse engineering. According to an XDA Developers report, the current version of this unreleased feature is extremely barebones.

Gaming Dashboard currently has a floating toolbar with two non-functional buttons that are overlaid on top of the screen, at the bottom left corner. There's a record button and a controller button. The code for Gaming Dashboard contained within Android 12's SystemUI suggests that the record button will simply start screen recording your gameplay.

While most Android smartphones already have a screen recording feature, having a floating button for the same would make your gameplay experience much better. You can start a screen recording session without having to pull down the Quick Settings panel.

As for the second, controller button, there's apparently no obvious functionality tied to it in the code. So it's unclear what exactly this button does. However, judging by the Gaming Mode features found on phones from other OEMs, it should open up a settings page where you can check your device's temperature, or control notifications, brightness, sounds, and more.

Interestingly, the Gaming Dashboard "classes are part of the com.google.android.systemui namespace rather than com.android.systemui". This suggests that the feature may be Pixel-exclusive, at least in its early days.

Most OEMs already offer a Gaming Mode feature baked into their custom Android skin. And since Google's Gaming Dashboard seemingly doesn't offer anything new, it shouldn't be surprising if the company makes this unreleased Android 12 feature Pixel-exclusive.

Android 12 has a Gaming Dashboard feature

Android 12 might be the biggest Android OS update in years. Google has just dropped the first developer preview and we have already seen a plethora of new features and improvements. The list should only get longer in the coming weeks and months as Google releases more developer previews. There will be three Android 12 developer previews in total.

The first Android 12 beta should be available for Pixel devices in May. Google may release the stable version sometime in September this year. As always, Pixel devices would be the first to get the update, with phones from other OEMs following soon.

The post This Android 12 Gaming Feature May Be Google Pixel-Exclusive appeared first on Android Headlines.