Skip to content
Posted on July 1, 2020 by Sumit Adhikari Posted in All News, Smartphone Carriers News 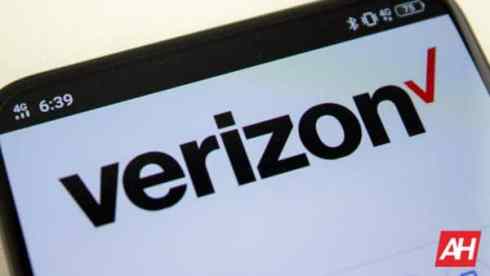 According to a new report from wireless tracking firm Opensignal, Verizon's network still offers the fastest 5G download speeds globally. While its speed was down from the last Opensignal report, Verizon comfortably sits at the top with an average 5G download speed of 494.7 Mbps.

The other three major American wireless carriers, AT&T, T-Mobile, and Sprint, which is now part of T-Mobile, offer average 5G download speeds of 60.8 Mbps, 49.2 Mbps, and 49.5 Mbps respectively. This isn't surprising at all, though. This big difference is because of the different types of wireless spectrum each carrier is using for its 5G networks.

Verizon uses the higher-frequency, millimeter-wave technology (mmWave) which is known for its significantly better speed but poor coverage. AT&T, T-Mobile, and Sprint, on the other hand, use the low-band/mid-band spectrum which is all about coverage. And that's clearly visible in the latest Opensignal report.

According to the report, Verizon users are connecting on average to a 5G service for only about 0.4 percent of the time, which is much lower than the average time users on other networks are getting a 5G connection. 5G availability on Verizon has further dropped since the last Opensignal report.

Clear enough, 5G networks are still spotty and users are connected to 4G most of the time. On average, the overall speed experience that a 5G user enjoys is pretty much the same on all wireless networks. Opensignal's "download speed experience" data accounts for "the average 3G and 4G download speed that 5G users see."

AT&T and Verizon had a "statistical tie" for the top spot, with the report showing average speeds of 42.6 Mbps and 41.0 Mbps respectively. T-Mobile and Sprint are offering average download speeds of 33.7 Mbps and 28.2 Mbps on their respective networks.

At the end of the day, it's the same old story. Every carrier has something to brag about. Verizon's network offers the fastest 5G download speeds but coverage is highly spotty. T-Mobile has the best 5G coverage while AT&T offers the best overall download speed experience.

A lot may change over the coming months

As carriers continue to deploy their commercial 5G networks nationwide, these figures may change dramatically in the future. AT&T plans to use the technology called Dynamic Spectrum Sharing (DSS) to expand its 5G network nationwide over the coming months.

This technology essentially shares 4G airwaves with 5G for improved performance. It allows the deployment of both 4G and 5G networks in the same frequency band.

Verizon also plans to use the DSS technology to launch a low-band 5G network this year. This will certainly bring the carriers Opensignal performance in line with the other network operators. T-Mobile, which recently merged with Sprint, is also expanding its 5G coverage using Sprint's mid-band 2.5GHz spectrum.

Opensignal collected the data from almost 16 million measurements from over 2.4 million active 5G devices between March 16 to Jun 13, 2020.