Skip to content
Posted on September 16, 2020 by Justin Diaz Posted in All News, Android Apps & Games 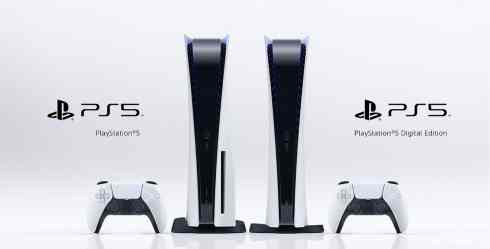 Sony is hosting an event today called the PlayStation 5 Showcase. And you can watch the live stream right here.

There will likely be a lot that Sony goes over during this online event, but the one thing that consumers definitely want to know the most is what the console will cost. As well as when you'll be able to pre-order or buy one.

As of right now Sony hasn't confirmed any pricing or availability details. But the PlayStation 5 Showcase is expected to contain that highly sought after information. So you won't want to miss the live stream if you're planning to buy Sony's next-gen console.

Sony hasn't stated that the PlayStation 5 Showcase will reveal what the console costs or when it will launch.

But, now that Microsoft has revealed the price of the Xbox Series X and the Xbox Series S, the live stream is the perfect time for Sony to lift the curtain. Revealing the prices of the PS5 Disc Edition and PS5 Digital Edition second could give Sony an upper hand.

The most recent rumor is that Sony will charge $449 for the Disc Edition, and $399 for the Digital Edition.

Plus, Sony has already confirmed that the console will be available during the holiday season. With the Xbox lineup launching on November 10, Sony likely won't be too far behind with its own consoles.

So it just makes sense for the price and availability information to be made available during the showcase. Of course Sony will also be talking about games. Which at this point is the confirmed main reason for the event.

More launch titles are probably on the menu

Games are going to be a big focal point of this live stream. The question is what games is Sony going to show off?

Well, there's plenty of options here, and it's likely that there will be a good mix of both unannounced games and simply more footage of ones that have already been revealed.

We could see more of Godfall, as well as more of Outriders. Both of which are new entries into the looter genre that Destiny 2, Division 2, and Borderlands 3 are in.

There's also some speculation that Sony may announce Final Fantasy XVI as a PS5 exclusive. Making it not only the next mainline title in the franchise, but also a pretty big title to have listed as an exclusive. Even if it ends up being a timed exclusive only.

Keep in mind this is all speculation but whatever Sony shows off, it should be exciting. If you want to watch the PlayStation 5 Showcase live, you can do so from Sony's live stream below.