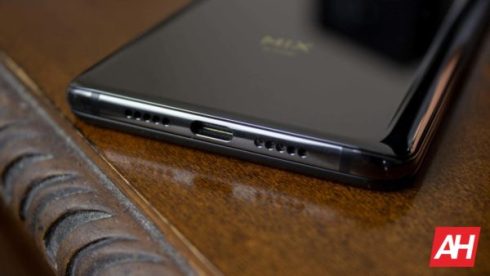 That basically means that it's ready for primetime. The only thing that remains at this point is for Xiaomi to release it to the general public. That probably won't happen before the company has a phone that you can use that charger with, though.

Xiaomi's 120W charger could launch alongside the next-gen 'MIX' handset

That brings us to the upcoming Xiaomi Mi MIX handset. Before we get to that, though, it's worth noting that the charger appeared under the 'Xiaomi MDY-12-ED' model number.

The charger supports 120W charging, in other words, 20Vdc, 6A max. That is pretty much all the information that 3C revealed. Do note that this is a wired charger.

In any case, considering that this charger got certified, we do expect it to launch in the near future. The next-gen Xiaomi Mi MIX handset is expected to arrive by the end of 2020, and that is the phone that could support 100W charging.

The company's 'MIX' line of devices usually ushers in new technology. The original Xiaomi Mi MIX trimmed down the bezels, and it looked like a spaceship next to other phones.

The Xiaomi Mi MIX Alpha, which arrived last year, features a 360-degree display, all around its body. Well, this year, the 'MIX' phone could include unbelievably fast charging.

Xiaomi had demoed its 100W fast charging last year (0-100% in 17 minutes, 4,000mAh battery), over a year ago at this point. This 120W charger is even faster than that. It was reported earlier this year that such charging is not ready to go yet. Well, now it seems to be ready.

It makes us wonder how will 120W charging affect battery life

Truth be said, charging has evolved quite a bit. Different companies have different solutions, and some really did an excellent job in that regard. So, it remains to be seen what will Xiaomi offer.

We're still not sure what will be the name of this year's Mi MIX handset. It could be the Xiaomi Mi MIX 4, as it did not arrive last year. It could be the Mi MIX 5. Well, Xiaomi may even release the second-gen Mi MIX Alpha, even though the first one wasn't exactly commercially available.

We'll see what will happen. One thing is for sure, we can expect a truly futuristic smartphone from Xiaomi by the end of this year.